Fed-land was in the spot-light this week as US President Biden announced his pick for the Fed’s top job. Unsurprisingly, Jerome Powell was confirmed in his position, while Lael Brainard (the other main contestant) was promoted to Vice Chair of the Board. The choice means continuity for monetary policy, at a time when the Fed is facing intensifying challenges and trade-offs. Inflation has proved higher and more persistent than initially expected, while signs of tightness in the labour market have amassed, despite the fact employment is still running about 4M below its pre-crisis levels. Both Powell and Brainard have an established reputation as doves and they are likely to maintain a patient approach to running monetary policy. Policies will likely err on the accommodative side while there is little clarity on the underlying trends in inflation and the labour market due to pandemic-related distortions. However, sticky inflation – with its increasing burden on households – and a lack of progress in the participation rate in the labour market might call for a change of plans and tighter policies before too long.

That has been a recurrent theme in the Fed’s communication recently. This week few FOMC officials – notably including Governors Clarida and Waller – highlighted that a faster pace of tapering might be appropriate if recent trends in inflation and the labour market persist, which would allow to pull the timing of lift-off forward into H1 2022. Those views also transpired in the Minutes of the November meeting. The Minutes confirmed the ‘temporary’ narrative for inflation is still the Fed’s base case scenario, but they also stressed that confidence in that scenario has declined, with FOMC members seeing more pronounced upside risks to the inflation outlook. It is shaping a difficult landscape for the Fed navigate, and in these circumstances continuity in leadership should be an asset.

Meanwhile, the flash PMI surveys for a set of advanced economies improved further in November, suggesting that the global economic recovery is set to re-accelerate in Q4, following a setback in Q3 due to the delta variant, supply constraints and China’s woes. Although supply constraints are still an issue, both the manufacturing and services sectors made advances in November, suggesting the recovery has broadened somewhat. In addition, anecdotal information pointed to signs of easing supply constraints in the US, which is an encouraging development looking at growth prospects for 2022.

With earnings season winding down, there is plenty for investors to digest, over what is typically a quiet few days for markets over the Thanksgiving holiday. What might seem like a robust season on paper has been plagued with lingering supply chain issues, which in turn could mean inflation pressures that have panicked markets over the previous months, aren't about to abate any time soon. The FOMC minutes supported this notion, citing concerns that elevated inflation may result in an accelerated tapering of bond purchases. The numbers didn't quite stack up to the previous season either: only 68% of S&P500 constituents have beat on sales, with only a few companies left to report, compared to 83% last quarter. Aggregated sales growth also saw a sizeable decline.

While inflation concerns are mirrored on the other side of the Atlantic, they are currently being overshadowed by spiralling Covid cases and the introduction of new restrictions or lockdowns, which could put a swift end to the value rally. That being said, the severity of the ongoing pandemic varies wildly across Europe, and investors would be prudent to consider such disparities when managing both their value and region exposures. 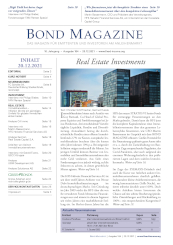 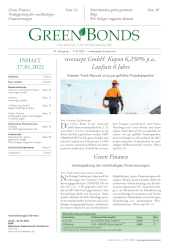 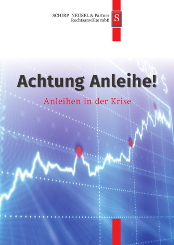